His vengeance against the Gods of Olympus years behind him, Kratos now lives as a man in the realm of Norse Gods and monsters. It is in this harsh, unforgiving world that he must fight to survive… And teach his son to do the same.

Kratos is a father again. As mentor and protector to Atreus, a son determined to earn his respect, he is forced to deal with and control the rage that has long defined him while out in a very dangerous world with his son.

From the marble and columns of ornate Olympus to the gritty forests, mountains, and caves of Pre-Viking Norse lore, this is a distinctly new realm with its own pantheon of creatures, monsters, and gods.

With an added emphasis on discovery and exploration, the world will draw players in to explore every inch of God of War’s breathtakingly threatening landscape—by far the largest in the franchise.

Gameplay
Vicious Physical Combat
With an over the shoulder free camera that brings the player closer to the action than ever before, fights in God of War mirror the pantheon of Norse creatures Kratos will face: grand, gritty, and grueling. A new main weapon and new abilities retain the defining spirit of God of War while presenting a vision of violent conflict that forges new ground in the genre.

The Myths and Legends of the great Norse gods have passed through generations in an epic tome: the Prose Edda.
Over the centuries, some stories from the book were lost to time. There are those who speculate that this was no accident—that these “lost pages” were removed by an unseen hand.

It is whispered these pages tell the saga of a vengeful god from a distant land, traveling the Realms with his young son on a journey borne of ash.

Watch the Santa Monica Studio development team as they deconstruct the core elements that defined the series—satisfying combat, breathtaking scale, and a powerful narrative—and fuse them anew.

"In the game, we use a lot of the original Norse language. So anything actually you can read written on all the walls is something, it means something. We've written it, and it's placed there for a very specific reason."

God of War in a Single Shot

Perfect movement; no cuts; no errors, not even a single load screen. Could be a legendary story. Dori Arazi, God of War Director of Cinematography, opens the lens on achieving what was once thought impossible – never taking the players eyes away from the journey.

5-hit combo. Axe melee. Sparta kicks. Discover how mocap stuntman, Eric Jacobus, learned to fight and become Kratos, and how we discovered him.

How can Atreus be a capable warrior in combat and an emotional anchor for Kratos? Engineering Lead, Jeet Shroff, brings us inside the journey to create one of God of War most fundamental changes: Atreus.

The DNA of the New God of War Score

Big strings, big brass and a choir singing old Norse. Lead Music Producer, Peter Scaturro, takes us into the melodic world of Iceland, and the musical inspirations that led to the new score for God of War.

On February 10th, basketball fans gathered to watch a battle. But instead, would witness a war.

Watch as Kratos journeys through a perilous Norse realm fighting off a new pantheon of epic creatures while teaching his son, Atreus, to do the same. A glimpse of the greatness that awaits in the new God of War, available April 20th.

Long Way from Home, Aren't You?

"The gods of these realms don't take kindly to outsiders, trust me." 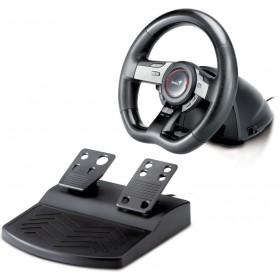 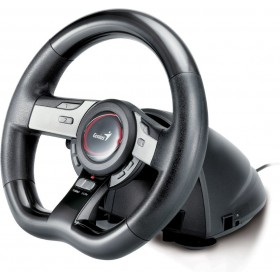